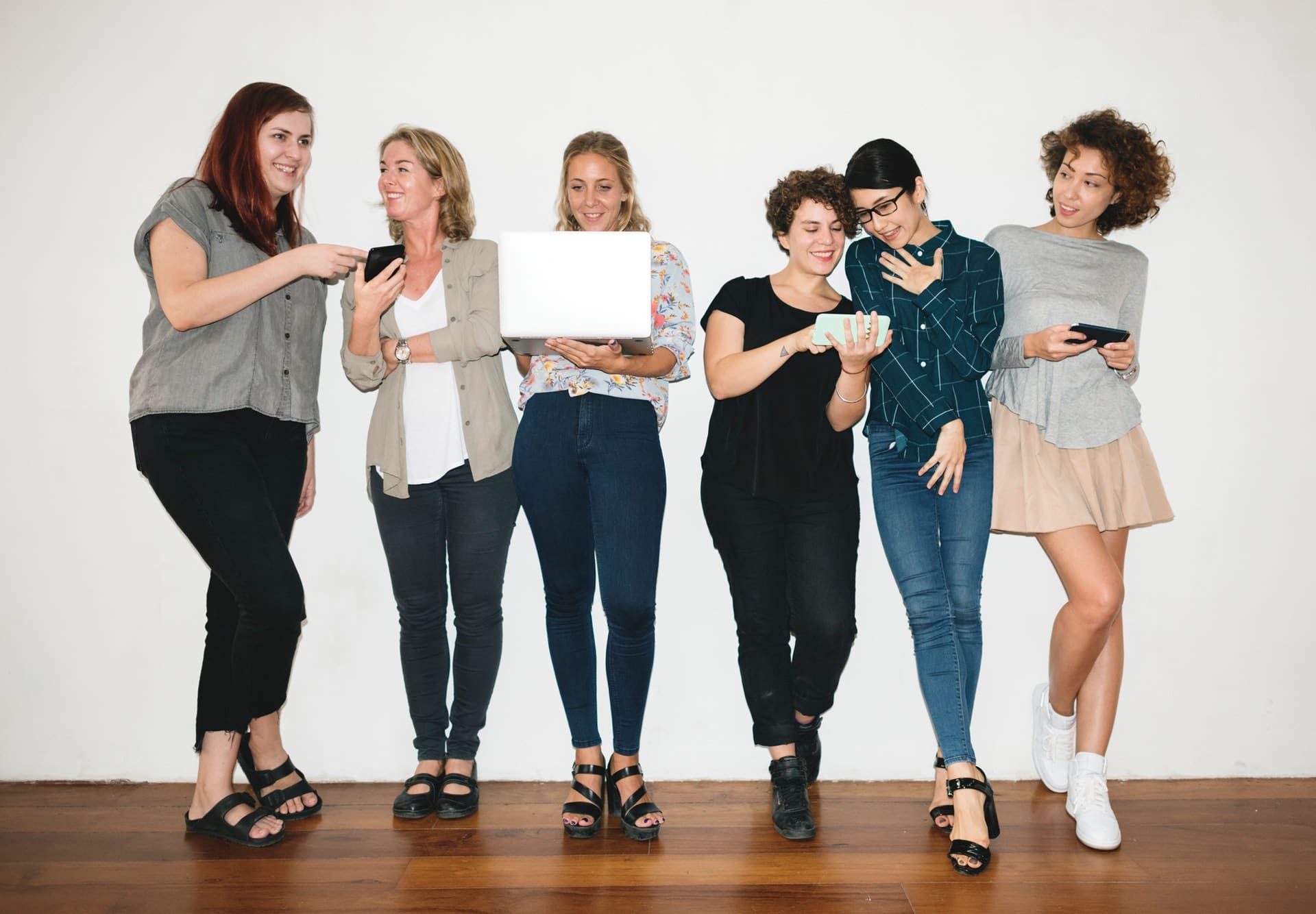 In November of 2017, Forbes published an article on its website titled, “Women Unite at Largest U.S. Marijuana Business Conference”. It’s an interesting headline for sure, especially in a culture that’s often perceived as being male-centric. Perception does not always equal reality, however, as in the case of the cannabis industry where female entrepreneurs are busy trailblazing ahead. That’s right – so far, the legal marijuana business looks to be a relatively gender bias-free one. What’s the message these entrepreneurs are sending out? That consuming cannabis is a recreational activity meant for everyone, regardless of their position on the gender spectrum.

What’s more, women aren’t just producing and selling marijuana products; they’re also creating and selling fashion forward accessories such as ceramic stash jars and vape pens that are specifically meant to cater to women and non-male clients. Many of the emerging companies headed by female entrepreneurs package cannabis as a part of natural self-care, that you can use along with skin creams and smoothies. It’s supposed to become an integral part of women’s lives, from beauty and food to work and health. Many women, such as Cindy Capobinaco of Lord Jones, cite cannabis’s medicinal properties to be one reason they got in the business. Let’s have a look at some of the women heading marijuana related businesses in a diverse array of fields.

Based in Silver Lake, Monk Drinking Botanicals is the brainchild of former designer and filmmaker Melanie McGraw, and her partner Aaron Burke. Before she launched her own brand, she was employed at Harborside Health Center, which is considered to be the highest grossing dispensary in the world. All the cannabis used in the Monk line is sustainably grown and pesticide free. Melanie’s brand is known for its various delightful flavors like turmeric-lemon, grapefruit-cayenne and rosemary-orange peel, which are packaged in what they call bottled craft cocktails (except, of course, for the fact that these cocktails use cannabis, not alcohol).

Rosie Mattio’s RMPR is one of the very first public relations firms specifically created to cater to the needs of the cannabis industry. Rosie’s clients come from just about every sector of the cannabis industry, from cultivation to manufacturing, as well as finance and technology. Being one of the pioneering firms in this space, RMPR is now well established as THE premier agency for any marijuana businesses in Seattle.

Lord Jones came into existence when Cindy Capobianco noticed a gap in the marketplace: there were simply no reliable and quality low-dose edibles in medical dispensaries. This was back in 2001, so she and her husband (and co-founder), Rob Rosenheck were obviously on to something. And thus was born Lord Jones, which provides THC and CBD-based solutions to sufferers of pain and anxiety, as well as people having trouble falling asleep or controlling their moods. Smart packaging became a hallmark of these artisan offering, which even found their way into the Standard chain of hotels when they decided to expand into in-hotel cannabis products.

Van der Pop is a lifestyle brand made for modern women who enjoy cannabis. April Pride conceived of the company in order to cater to women like herself, women who defy expectations and reach out for more than what is traditionally expected of them. The company markets sleek and stylish designs like stash jars, pre-rolled cones and grinder cards to women cannabis consumers.

April has taken large strides in proving to the world that the industry she works in many be “fun”, but involves real and hard work. She takes pains to point out that her business endeavors are just as “serious” as any other. To April, it is vital that women in the industry prop each other up. There weren’t many women in the industry when she first started, according to her, but the support extended by female entrepreneurs to other female entrepreneurs gave them the confidence they needed to enter the space.

Miss Grass is probably one of the most stylish sites out there on the internet. The online magazine and lifestyle brand features recipes curated by chefs for marijuana infused dishes, as well as articles about  incorporating cannabis into your health and wellness routines. They also have regular profiles on women in the cannabis industry who grow, sell or use it (so if you want to read more about such women after this, head on over there!) The content is augmented by an e-commerce shop where you can find cannabis accessories to add some pizzazz to your coffee table, along with beauty products infused with CBD.

Melodie Ling’s Blunted Objects designs and crafts accessories that help users celebrate cannabis culture. Her clients are people who want to have some fun with their favorite weed. Fun and fashionable jewelry pieces, smoking accessories, ashtrays and storage devices dominate the majority of the brand’s products.

The O.G, or Original Goddess Girls Club is a happening collective that hosts all-female pop-events in Los Angeles. Club member are privy to cool events and parties that include what is known as “multi-sensorial experiences.” They’re a great way for women with the same interests to build friendships with each other. What’s more, these parties are also responsible for raising awareness and money for social causes.

The women featured in this article form but a fraction of the female entrepreneurs in the cannabis industry. According to the Forbes article mentioned earlier, women sought each other out at the Las Vegas Convention Center that hosted more than 18,000 cannabis investors, entrepreneurs and employees. These women built networks among each other, and conducted a mixer on the first day of the conference. It’s safe to say that as the industry continues to see massive changes, women will remain a vital and pivotal part of it.